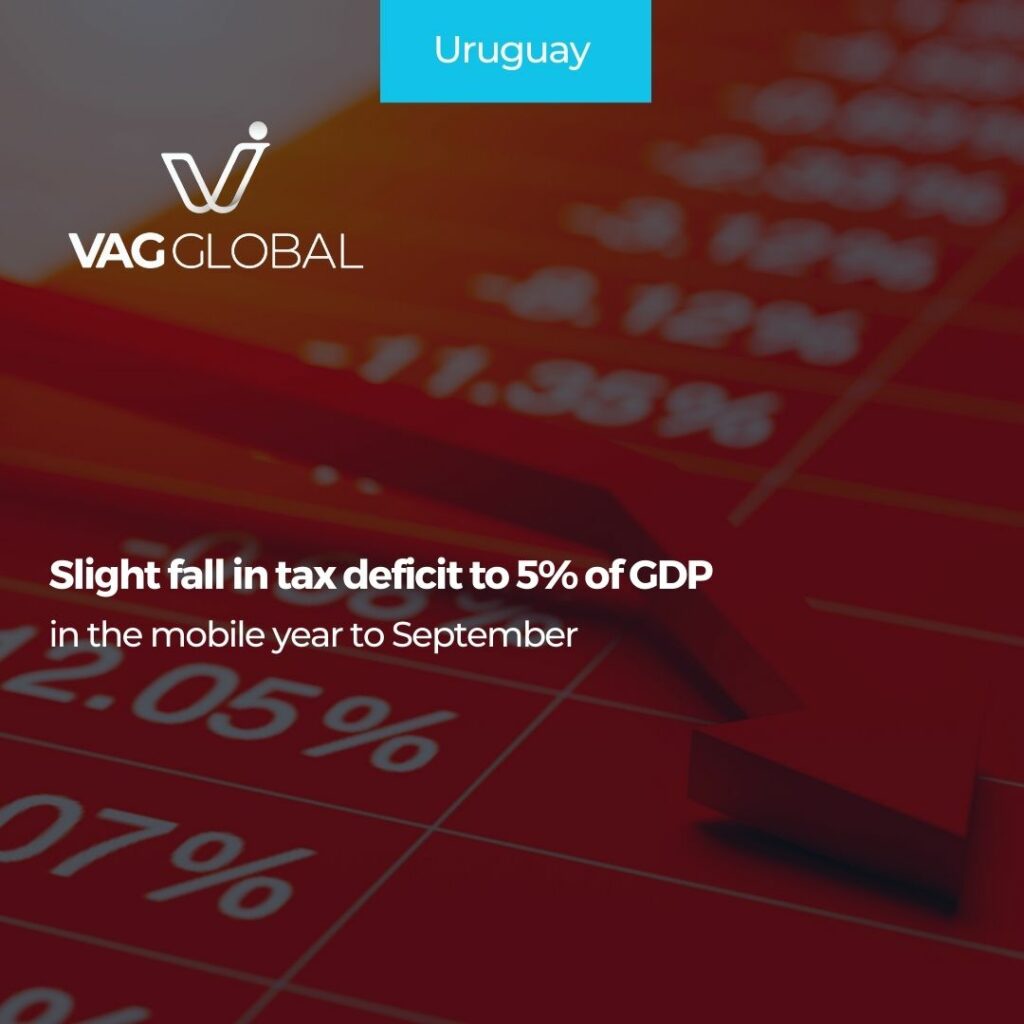 On October 29, the “el observador” website published a report on the moderate fiscal deficit at 5% of the GDP in Uruguay for the mobile year up to September. Let’s see:

According to the Ministry of Economy and Finance, the fiscal deficit registered a small improvement regarding the previous month’s data, standing at the equivalent of 5% of the GDP in the mobile year to September.

It is expected that in the 12 months ended September, the result of the GC (Gobierno Central – Central Government) and the BPS (Banco de Previsión Social – Social Security Bank), was -4.4% of the GDP. The result of the GC-BPS deteriorated by 0.1% in terms of GDP regarding the mobile year closed as of August of this year. The inflow of funds to the Social Security Trust Fund (FSS) under the provisions of Law No. 19,590 was 0.5% of GDP, resulting in a tax result of the CG-BPS net of this effect of -5% of GDP.

The Other Revenues item presented a drop of 0.2% of GDP because the extraordinary revenues obtained by BROU (Banco de la República Oriental del Uruguay – Bank of the Oriental Republic of Uruguay) in September 2020 are not included in the 12-month measurement. This drop was partially offset by higher DGI (Dirección General Impositiva – General Tax Directorate) revenues, which grew 0.1% of GDP. Meanwhile, primary expenditures of the CG-BPS stood at 28.8% of GDP, remaining stable in terms of output compared to the previous month.

In the year ended September, net expenses charged to the Covid-19 Solidarity Fund were estimated at 1.9% of GDP, according to the MEF.

The interest payment of the GC-BPS was 2.2% of GDP, remaining constant in terms of GDP compared to August. The result of Public Enterprises was 0.4% of GDP, improving 0.2% in GDP terms compared to the 12 months ended August.

It was commented on the aforementioned website that the government projected to close the current fiscal year with a red of 4.9% of the GDP in the last 2020 Financial Accountability Report, i. e., six tenths above the 4.3% estimated in February of this year and 8% above the initial target that was included in the Budget Law presented in the middle of last year. Although analysts expect the government closes with a red of public accounts equivalent to 5% of GDP.