Automatic substitution of payments on account for credit certificates 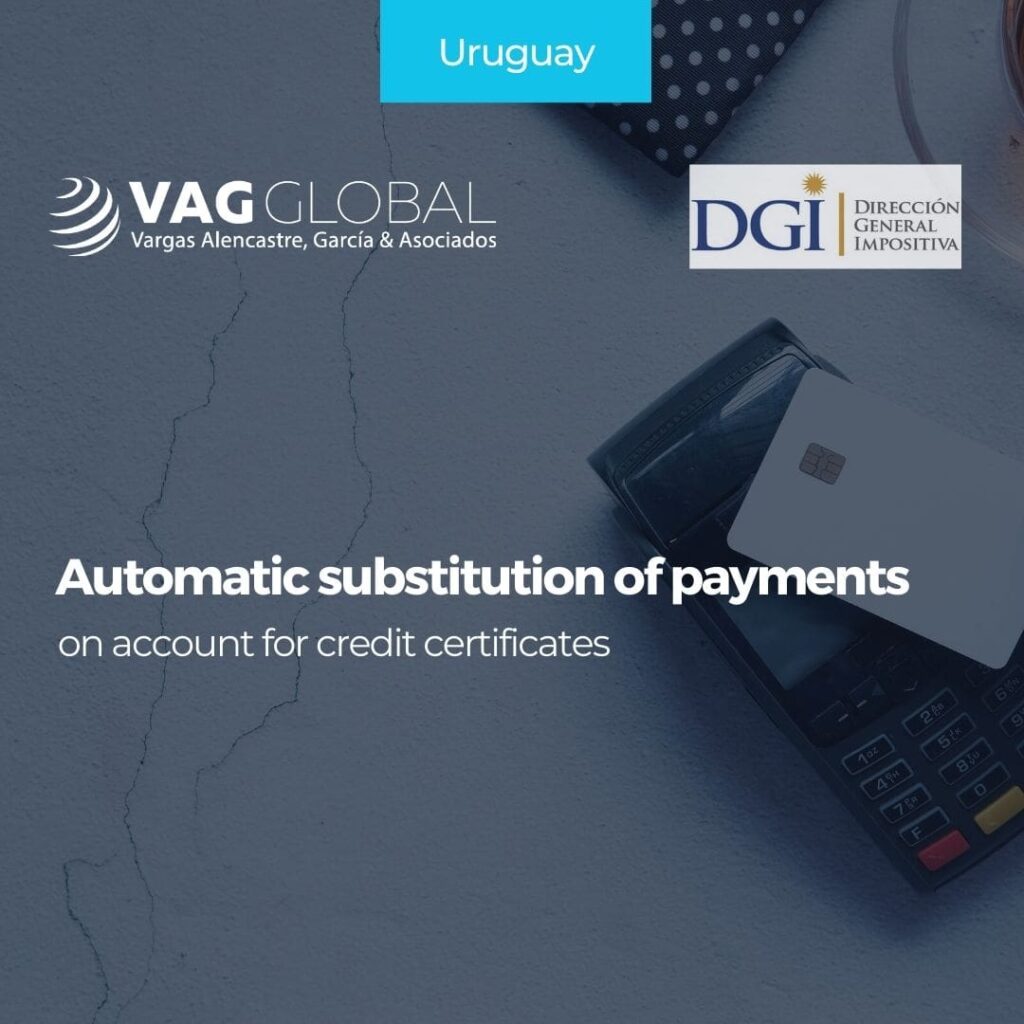 On October 4, 2021, the Official Gazette of Uruguay published Resolution No. 1,619/2021, issued by the General Tax Directorate of the Ministry of Economy and Finance, which regulates the automatic substitution of payments on account for credit certificates for CEDE taxpayers.

The DGI has the power to facilitate the voluntary compliance of obligations by taxpayers and to simplify the elaboration of statements and their administration, substituting certain forms related to the modernization process of the management systems of CEDE taxpayers.

Therefore, it has been necessary to establish a regime that satisfies the needs of speed, economy, and efficiency, and, at the same time, the security requirements imposed by electronic operations and the disposition of claims against the State.

It is provided that payments on account as of September 30, 2021, in favor of taxpayers included in the CEDE group (including those managed by the Large Taxpayers Division) shall be replaced ex officio by non-endorsable electronic credit certificates (Type A) once the controls performed by the Administration have been overcome, as long as such payments on the account remain available at the time of generating the referred certificates.

The same procedure will be carried out subsequently concerning those generated during October 2021.