Special regime for the restructure of non-compliant corporations 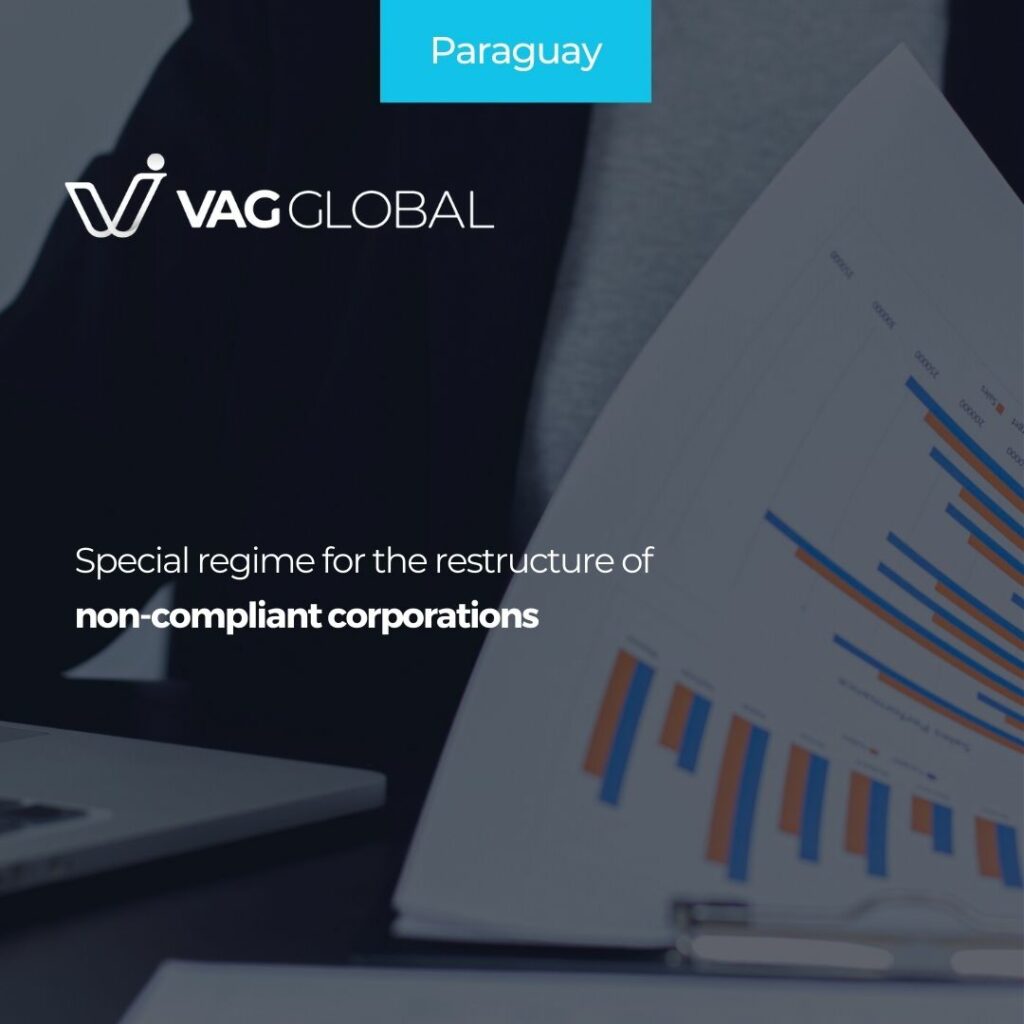 On December 21, 2021, the Official Gazette of Paraguay published Law No. 6872, which establishes a special and transitory regime for the reconduction of corporations in default of Law No. 5895/2017 “which establishes rules of transparency in the Regime of companies incorporated by shares as amended by Law No. 6399/2019.

The partners may resolve to reconduct the corporation, when its dissolution is compulsory by Law No. 6399/2019 “which amends Articles 3 and 4 of Law No. 5895 establishing transparency rules in the regime of companies incorporated by shares”, provided that the following requirements are met:

Once the term of 6 months of the effectiveness of the rule has expired and, in case the corporations have not proceeded with the reconduction and that are in default of the amendment of bylaws for the conversion of bearer shares to registered shares of the exchange of bearer shares to registered shares, they must proceed with their dissolution and liquidation following the provisions of Law No. 5895/2017.

3. Suspension of impediments and prohibitions

During the term of 6 months counted from the effective date of the rule, the application of the impediments, prohibitions and consequences ruled in the rules and regulations in force is suspended, only concerning the legal non-compliances of the non-amendment of bylaws for the conversion of shares or their communication outside the term and the non-exchange of bearer shares to registered shares.

The regulation is effective from December 21, 2021.