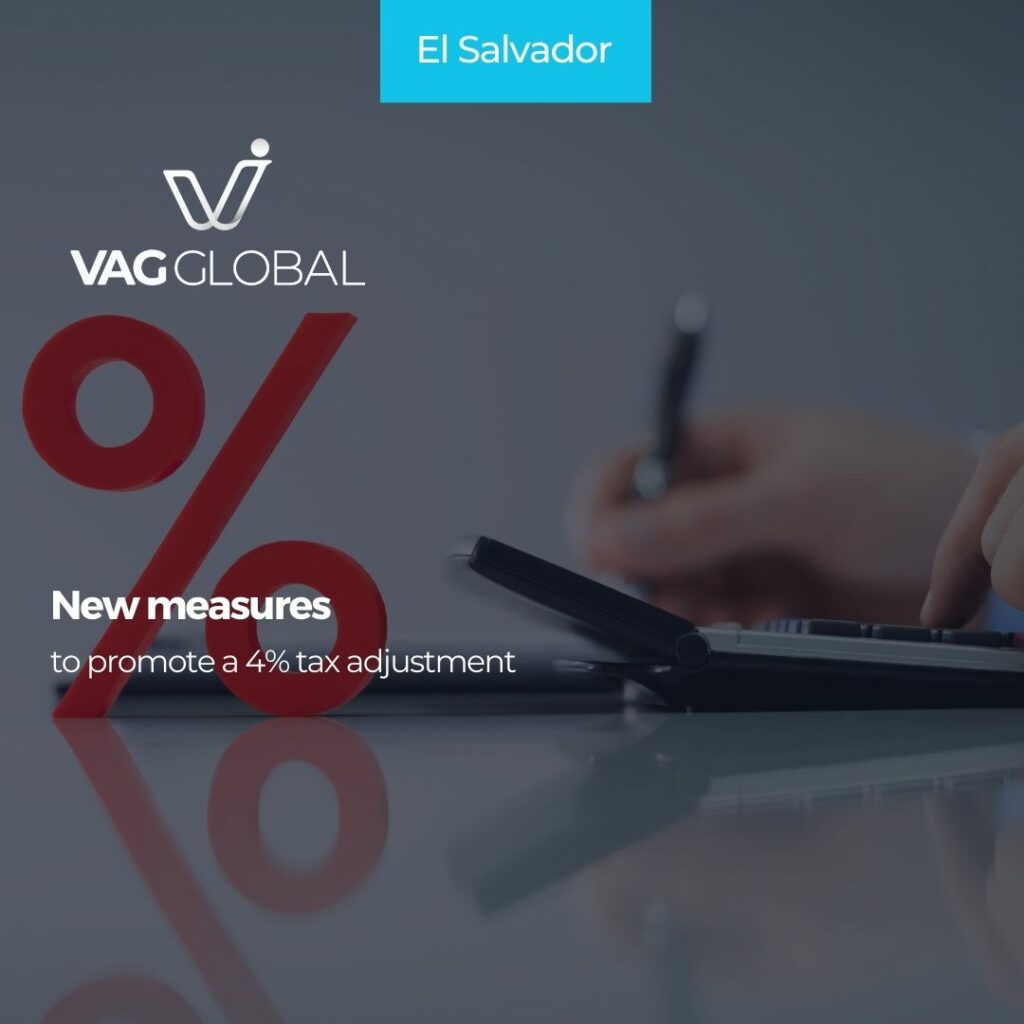 Rosa María Pastrán commented on the “La Prensa Gráfica” website regarding the measures to be implemented to achieve a tax adjustment of 4%, as stated by the Treasury.

According to Alejandro Zelaya, Minister of Finance, the Government of El Salvador is in the process of promoting a tax adjustment of 4% of the Gross Domestic Product (GDP). This action was taken to reach an agreement with the International Monetary Fund (IMF) to obtain access to a $1.3 billion loan to balance the country’s finances in the coming years.

It is a policy aimed at balancing the accounts of a State. When the gap between expenses and income affects the stability of public finances.

In this regard, the implementation of the electronic invoice, the reactivation of a chapter on transfer pricing in the local legislation, and the analysis of transactions between related parties are among the measures considered”.

Negotiations between the Bukele administration and the IMF were suspended two months later after the new Legislative Assembly took office and the pro-government deputies struck a blow to the Constitutional Chamber of the CSJ (Corte Suprema de Justicia – Supreme Court of Justice) and the Attorney General’s Office, according to a report published last week by the Argentine media Infobae.