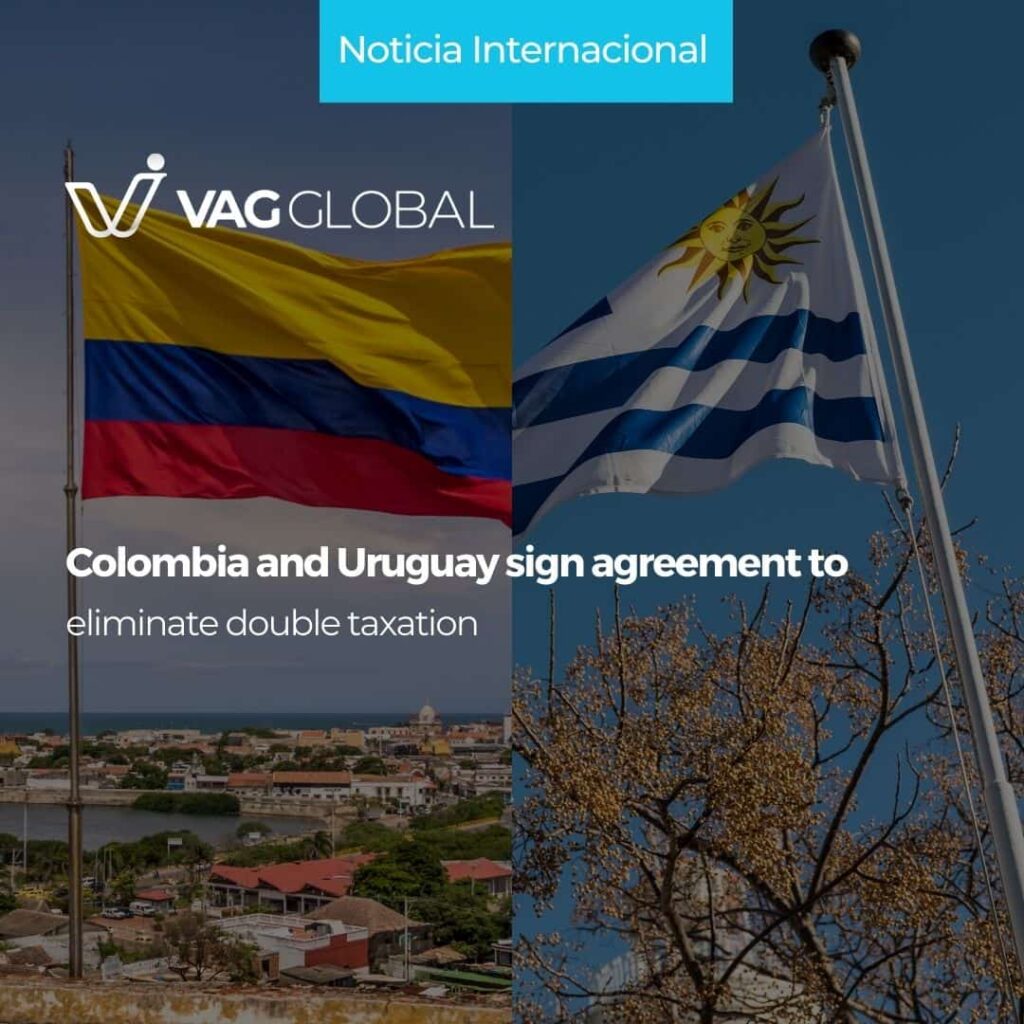 The Vice President and Foreign Minister Marta Lucía Ramírez, on behalf of the Colombian Government, signed an agreement with the Minister of Foreign Affairs of Uruguay, Francisco Bustillo, which will eliminate the double taxation of income and wealth taxes (DTA) to avoid tax evasion between both countries.

What is a Double Taxation Agreement?

Double or multiple taxations occur when two or more countries consider that they have the right to tax a certain income. In such cases, the same income may be taxed by more than one State.

The States enter into agreements or conventions to address and resolve cases of international double taxation to regulate this situation, not only considering the rules to avoid double taxation but also the mechanisms for collaboration between the Tax Administrations to detect cases of tax evasion.

The signatory States waive the right to tax certain profits through agreements. Thus, only one of both will collect the tax or, in any case, will carry out shared taxation, i.e., both States will collect part of the total tax payable by the taxpayer.

According to El País, the meeting took place in Bogota, within the framework of the fifth meeting of the high-level political mechanism between Colombia and Uruguay, where they also signed another agreement that will achieve a more successful consular cooperation.

In this regard, “the Double Taxation Agreement will help achieve a greater commercial link and the flow of investments between Colombia and Uruguay. Greater prosperity of our peoples and their happiness are what drives our governments to enter into agreements,” said Foreign Minister Bustillo.

For more information on this note, please click here.